Portrait Of A Snow Sculptor

by B. Cary Hall

Nancy Scheibe loves snow. Seven years ago this local author, self-taught artist, wife and mother decided to try her hand at sculpting one of the small, amateur blocks in Whiteside Park as part of the Winter Festival’s yearly Snow Sculpting Symposium in Ely. For four days she carved side by side and learned technique from the International Teams. She was thrilled when she won the amateur competition which allowed her team to enter the International Symposium in 2003.

“I was somewhat apprehensive carving that big block of snow,” states Scheibe. “I felt a deep need to meet the high standards that these International Teams display. But I did have a lot of fun! The other sculptors created a friendly environment and were open to sharing their technique and tools. The Symposium is non-competitive and educational and was an eye-opening experience for me.”

Twenty International Teams make up the Symposium, held the first weekend in February as part of the Ely Winter Festival. Russia, Canada and Mexico are just a few of the countries represented by sculpting teams. For four days Whiteside Park in Ely is busy with visitors walking among the 8’ X 8’ and 12’ X 12’ blocks of snow being carved into works of art. Also in the park, twenty smaller blocks are worked on by the amateur teams trying to win a spot in the “Professional”  Symposium. Depending on weather conditions, the sculptures can continue to be enjoyed for weeks.

“The Park is the place to be.” says Scheibe. “The Symposium draws in thousands of visitors to witness how snow can be transformed into creative magical sculptures. Most of the population of Ely turns out to see what’s going on.”

“The quality of the snow is very important. Dirt or ice chunks can create problems for the carvers. The temperature is a factor, too. One year it was so warm we had to keep changing the design because everything kept melting. My goal, as a snow sculptor, is to create a piece that’s pleasing to the eye and has movement and drama. Each teams’ own personalities are reflected in their sculptures.”

The International Snow Sculpting Symposium takes place during the first week of the annual Ely Winter Festival, but the carvings remain until Mother Nature decides they should go. 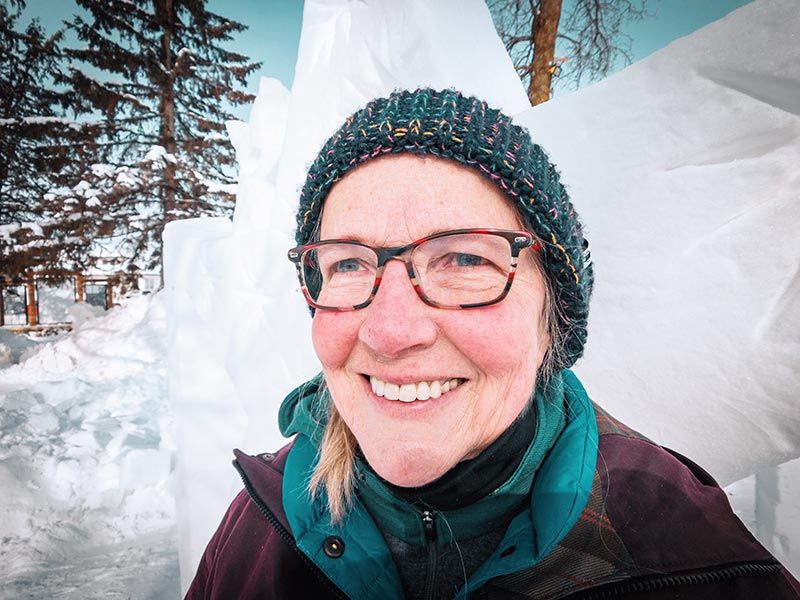 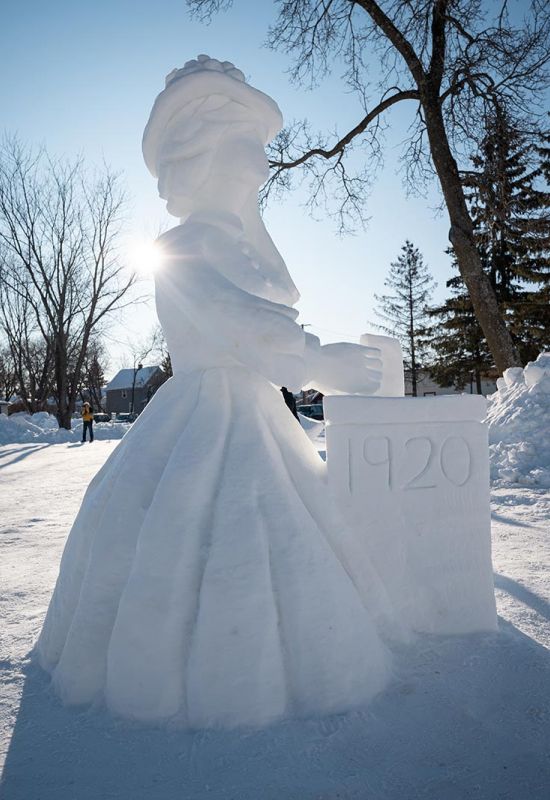 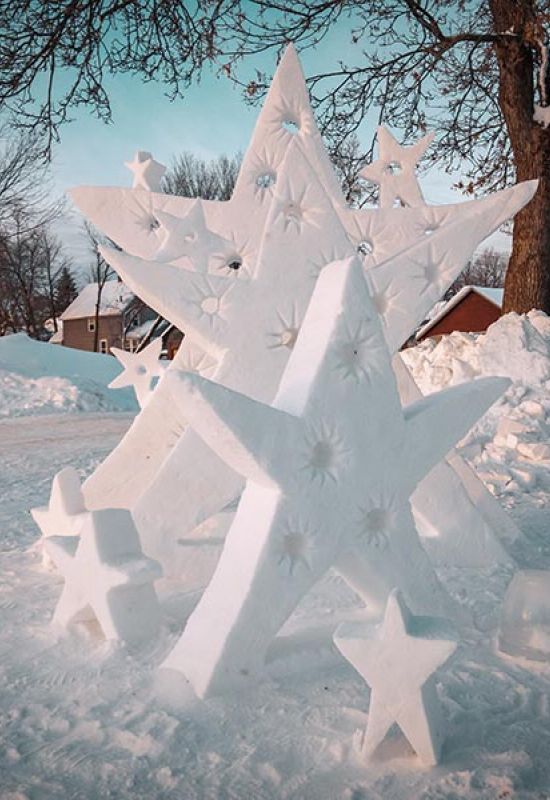 The Ely Winter Festival is made possible by donations from people like you. We are a 501(c)3 non-profit and deeply appreciate your gifts!